Calling all Royal Engineers who participated in the Lower Swansea Valley clearance in the early sixties, especially 48 Squadron RE and 129 Plant Squadron RE (Walsall TA).

Your memories, photographs and any plans and documentation will be invaluable as we complete the history of White Rock. Please email info@friendsofwhiterock.org.uk .

‘In 1961 a visitor to the Lower Swansea Valley would have noticed a succession of abandoned and derelict stone and brick buildings, strung out for some two miles on either side of the main railway approach to Swansea.’ 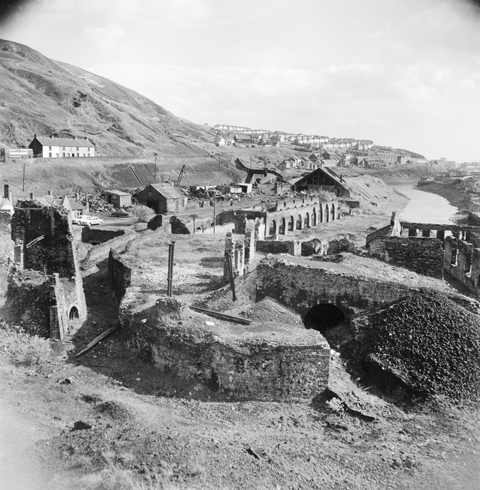 The Lower Swansea Valley was more than an eye sore. It was a blight, the worst possible advertisement of the town to visitors and investors. Something had to be done, but with the benefit of hindsight today’s Swansea citizens wish that more of Swansea’s heritage had been preserved as a monument to our industrial past. The Friends of White Rock and others are working to document and celebrate this heritage.

‘The removal of these structures, which occupied about 14 acres altogether, required bulldozers and other mechanical plant which the Project did not possess. Fortunately Swansea was then the Headquarters of the 53rd Divisional Engineers (T.A.). Good training areas especially for the handling of mechanical plant and for demolitions were not easy to find and the Unit’s Commanding Officer appreciated that not only could the Regiment obtain valuable training close to its Headquarters, but this could make an important contribution towards the Project’s efforts and ultimately to the redevelopment of the whole Lower Swansea Valley. In this he was supported by the Chief Engineer, Western Command, and by the Divisional Commander.’

Detailed plans of the Lower Swansea Valley were drawn up based on aerial photography by Hunting Surveys Ltd on 24 January 1962 (sortie HSL/UK/62/173), and on-the-ground surveys and interpretation by Swansea University staff. The thirty three aerial photographs appear as a mosaic inside and on the cover of The Lower Swansea Valley Project, though the resolution in the reproductions is very low. The negatives were reported to be in the Geography Department of University College Swansea in 1966, but so far a search has not uncovered them.

May and June 1965. Demolition and clearance by 291 Plant Squadron R.E. (T.A.), headquarters in Walsall, at a Training Camp in Swansea.

‘The ruin of the White Rock Copper, Silver and Lead Works stand on the bend of the river. Although with some exceptions the buildings were not of great importance, the site was one of the oldest industrial sites in the area and had been occupied more or less continuously since 1737 until the Works closed about 1930. By 1963 the structure had deteriorated badly and there was unfortunately little prospect of it being protected from further spoliation. Many of the old flues had been ripped out and a considerable amount of rubbish was allowed to accumulate around the walls. After a preliminary inspection of the site by staff of the Royal Commission on Ancient Monuments, it was decided to photograph the buildings and then to demolish them. Preliminary work was carried out in 1963, again by 48 Squadron R.E. [see Morriston Spelter Works] but the main clearance was undertaken by 291 Plant Squadron R.E. (T.A.). This Squadron, with its headquarters in Walsall, held a Training Camp in Swansea in May and June 1965, during which the remaining walls were demolished.’ 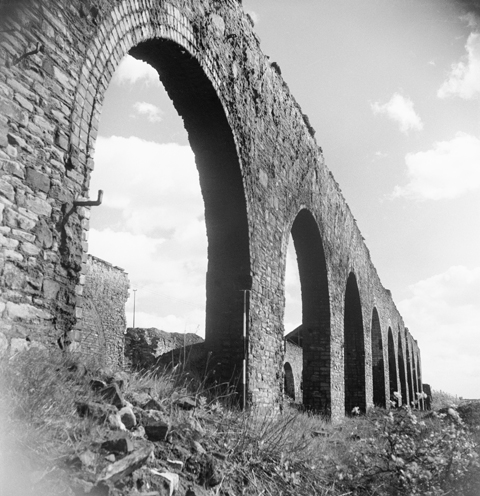 In addition to White Rock the Royal Engineers carried out demolition and clearance at four other sites in the Lower Swansea Valley.

Initial survey by the 53rd (Welsh) Division RE (TA). Field and plant troops of the Regiment began work on 4 February 1962 and continued at weekends until 25 March.

‘During this period, most of the old structures were removed and the [reinforced concrete] bunker partially collapsed. Owing to the proximity of houses, a series of small explosive charges had to be used which provided useful training but prolonged the operation. The owners of the land intend to complete the clearance themselves.’

‘This consisted of seven acres of the ruins of the Dillwyn Spelter [Zinc] Works. Regimental week-end camps were arranged on 11 and 12 August [presumed to be 1962] and One Field Park Squadron demolished the standing walls. The landowners followed up the operation with their own plant and levelled the site.’

‘… a four acre site … Here a complete facelift was carried out by Western Command Plan Troop under the command of Major T. Goodman, MBE, who was also in charge of a training camp on the site for 42 Lancs. Div. District R.E. (T.A.). Demolition, grading and soil spreading was carried out between 12 May and 17 June 1964.’

Subsequently considerable work was done on the site by an International Voluntary Survey Work Camp and others.

‘Works were partially cleared in May 1963 by one troop of 48 Squadron Royal Engineers, but the use of explosives in the area had to be discontinued owing to the damage caused to the windows of neighbouring houses.’ 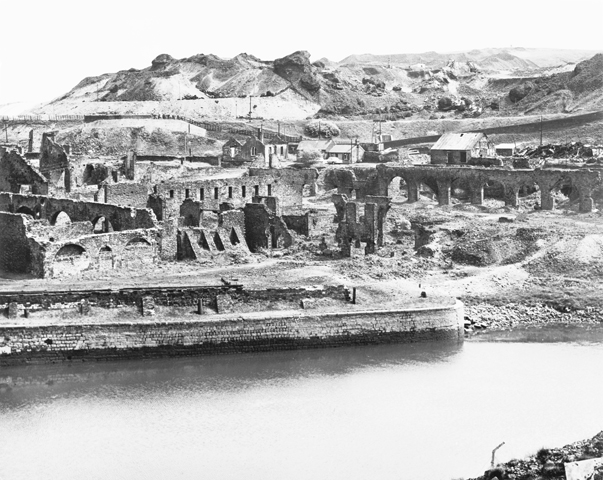