The programme report and abbreviated dig report are at Swansea Copperopolis  and Swansea, a Copper-Bottomed Dig Report. The full report never surfaced.

The River Dock has given us clues to a pre-industrial society at White Rock.

This sketch of White Rock and the Smith’s Canal was made in 1797 by Thomas Rowlandson (1756 – 1827) on his one visit to Swansea during his Grand Tour. It was the subject of an article by Bernard Morris in issue 16 of The Swansea History Journal.

The painting was sold at auction in 2007 for £8,400 (estimate £1,200 – £1,800). The buyer was unknown. The painting has now been acquired by the National Library of Wales, Aberystwyth. We hope it will soon be on display, and perhaps make a visit to Swansea and White Rock.

The Smith’s Canal has its source in Llansamlet. There is an interesting walk redolent of industrial archaeology – www.birchgrove.btck.co.uk/birchgrove%20history/coalminingtrail

These photographs of the White Rock site in the 1960s are from the collection of the Royal Commission on the Ancient and Historical Monuments of Wales. The detailed interpretation is by White Rock team member Rob Hulme. 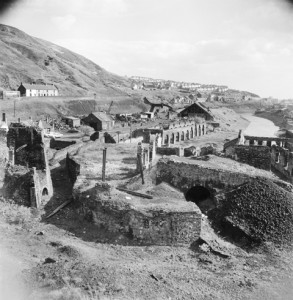 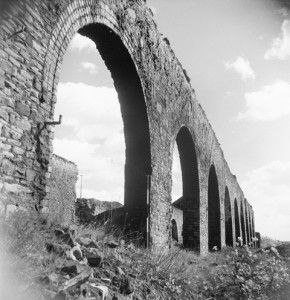 Westward wall of the ‘Great Workhouse’. This was one of the first buildings on the site, designated to hold over 20 copper reverberatory furnaces. It was the first such building to adopt a long and narrow format with the furnaces arranged primarily so that their grates were near the arches (good air supply) and their chimney flues central permitting better support from the high roof. 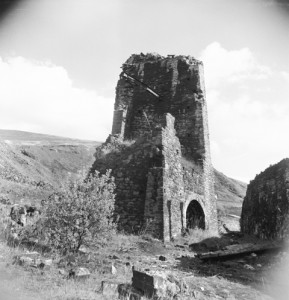 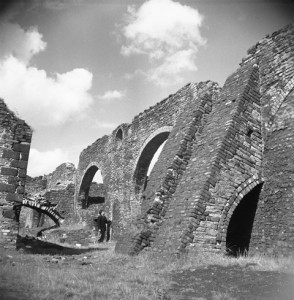 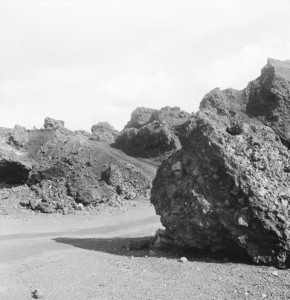 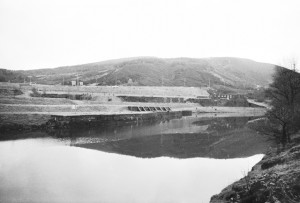 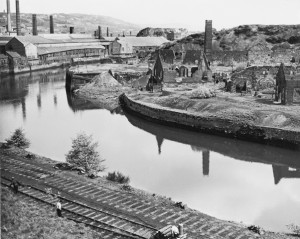 View of the old site looking across the river from where the remains of the Vivian Engine Shed is today. On the river is one of the wooden-clad quayside structures. Just in front of the slag tip in the right middle of the picture is the one remaining wall of what was once part of the Vivian’s silver and lead processing plant. It was constructed around the start of the 1870’s, at the same time as the incline and flue system up Kilvey Hill. It is thought that the building on the right hand bank of the river was a boiler house (with its square plan chimney) and pump house. The other buildings on the right hand middle of the photo eventually formed what may have been the lead pipe works. 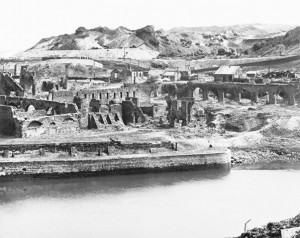 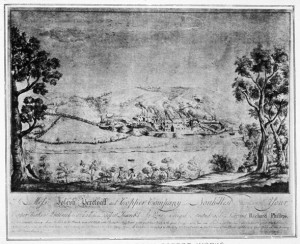 Thomas Lightfoot’s famous engraving of White Rock in the earlier years of its existence. Note the marshland/field by the river (complete with cow) and the early slag mounds which eventually reclaimed the marshland by the river. The old millpond and mill are visible to the left of the works. The Great Calciner building is located at the centre of the engraving while just a little lower and stretching almost the length of the works is the Great Workhouse. The buildings nearer the river were additional calcining and smelting furnaces, while to the right is the extant dock and the Mansell coal yard. The ‘Great Coal Road’ – an early horse drawn tramway – ran down the valley from the local mines past the mill and just to the north of the Great Workhouse, and ended in a coal tipping tower by the river at the southern end of the site.

There are some interesting images of Swansea, including the Tawe and the Lower Swansea Valley, at www.swanseapictorialhistory.co.uk