Our aim, with the necessary expert guidance and professional skill and experience, is to return the White Rock Heritage Park to its 1995 condition (horses optional). 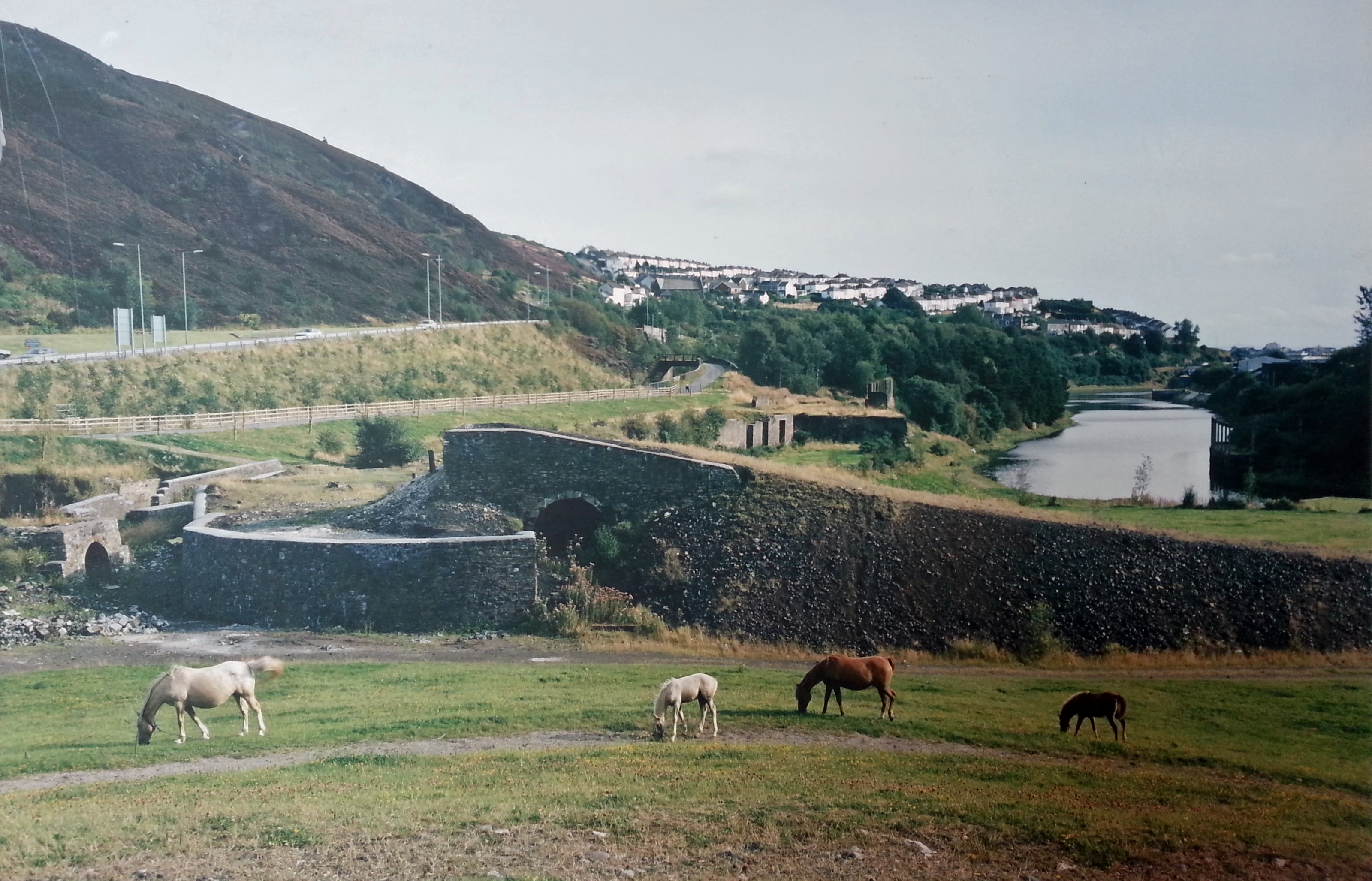 A short film documenting the AHRC Connected Communities Festival that took place at the Hafod-Morfa Copperworks on June 25th is now available to view here: https://www.youtube.com/watch?v=o9zq9Ub3xq0&feature=youtu.be

Metal needs coal to be smelted. Swansea was close to huge reserves of coal, and was easily accessible by sea. The raw copper came to Swansea to meet the coal. Other related industries soon appeared in the valley. 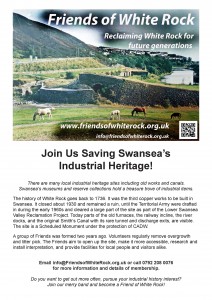 By the end of the nineteenth century the Lower Swansea Valley was a toxic hell. Scores of chimneys visibly poisoned the air. Massive slag heaps, coloured with arsenic and dangerous to touch, overshadowed communities. The River Tawe was an industrial sewer.

‘A journey by train from the docks to Landore shows us the part of the town where most of its wealth is won.

‘Here lie dark piles of rubbish; there – and these are more common – gigantic mounds, mainly purple-black in colour, but streaked now and then with a copper-red.

‘By night the scene is yet stranger. There is a glow on many of the refuse heaps; the air is bright with the lurid flames of the smelting furnaces; the white smoke gleams with reflected lights.

‘Within a radius of four miles of the town there are nearly 150 works … the copper smelting works are the most important.’

The White Rock project focuses on the lives of the people who worked on the site and lived around it. Industry is always in the background but is not the primary target of the project. We are interested in everyone in the community, at work, at prayer, at play, and at mischief.

In the 1960s the Lower Swansea Valley Project reclaimed the valley from the ravages of two centuries as ‘the metallurgical metropolis of the world’. Huge amounts of industrial waste, much of it noxious and toxic, was removed between 1967 and 1979. Smelting works and industrial infrastructure were demolished. Gradually new commercial, and recently residential, developments moved in.

The White Rock site, designated an Industrial Heritage Park, was further cleared in the 1990s but has since been allowed to deteriorate. The White Rock project is working with Swansea Council and CADW to restore the site to its 1990s state.

Connected Communities Heritage Lottery funding for the White Rock project was won by the Historical Association Swansea Branch, www.haswansea.org.uk. The six local Connected Communities projects are suported by Swansea University – see the Friends page. Participation in White Rock is in no way dependent on HA membership, but you may like to come along to one of the regular Saturday talks in the National Waterfront Museum and consider joining. There is no charge for the talks.

The branch has a number of Special Interest Groups, low on bureaucracy and high on doing. White Rock is under the wing of the Local History SIG. Others include Swansea Castle and the Heart of Wales Line.