White Rock volunteers Tudor and Janet Price have written a comprehensive history of the White Rock Ferry and the families who operated it. Their research took them to Swansea’s three archives and both museums. They interviewed members of the ferry families, young at the time the ferry ran but with clear and vivid memories. The recordings and transcriptions are on the Oral Histories page. 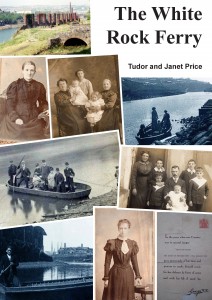 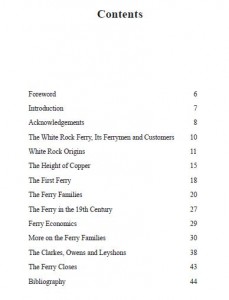 The first edition went through two printings. The second edition was launched at the Historical Association’s Local History . . . Live! at the National Waterfront Museum on 18 October 2014. The text has been reviewed and revised and eight new pages added. Much of the additional material is based on the new oral histories. We offer our great thanks to the White Rock descendants and residents who have contributed their memories.

The White Rock Ferry was the essential means of crossing the Tawe for copper workers at White Rock and Hafod and the public going from Pentrechwyth to the town. (All photos courtesy of West Glamorgan Archive Service.) 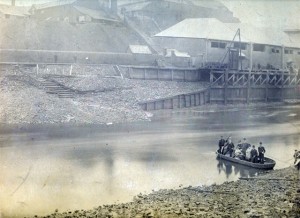 Ferry on the White Rock side of the Tawe.

A flat bottomed boat sculled from the stern carried at least 20 passengers. Two families, Owens /Leyshon and Llewellyn/Clarke, managed the ferry on behalf of Vivian & Sons for 100 years until closure in 1945. When the weather was bad or the river was in flood a wire rigged across the river prevented the ferry being swept downstream. 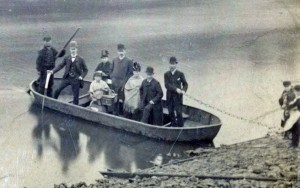 The chain was used in rough weather.

The return fare of ½d. in 1902 became 2d. by the closure. Employees often manned the boat, including William Livingstone in the 1870s. Life was hard – his wife Margaret was imprisoned for 10 days in 1877 for stealing coal in her apron from the White Rock yard! 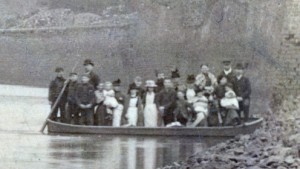 Up to twenty people travelled standing up!

The track down to the ferry on the east side ran from Pentreguinea Road over the Midland Railway and the Smith’s canal tunnel.  Passengers disembarked just north of Maliphant Street for the works or crossed the Swansea Canal lock then under the Great Western Railway into Lower Hafod. 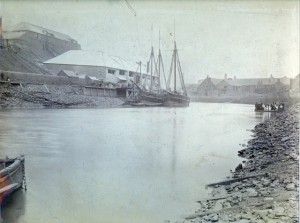 Note the size of the ships moored far up the Tawe.

The White Rock project is working with Swansea Rowing Club to run the ferry again as a focal point of the site. Watch this space!

See more about the Clarkes, White Rock and the Lower Tawe Valley at http://ididitthisway.wordpress.com/2011/12/16/landore/white-rock-ferry/

Swansea Museums Service’s Lower Swansea Valley Fact Sheet 1, The White Rock Ferry, gives more information on the ferry. This and other Fact Sheets are available from Swansea Museum, and from the Collections Centre at Landore. The Collections Centre opens every Wednesday from 10 to 4. It is a hidden gem of Swansea – be sure to pay a visit and marvel at a veritable Aladdin’s Cave of Swansea history.